Why bother writing so much about my feelings on that in this journal that I have neglected for so long? The answer makes me a little sad. When I started this blog, I was still a grad student with a lot of (naive) hope for my career and my future. A lot of this livejournal has been devoted to grad school, academic successes and failures, dissertation-writing, and all that jazz along the way. It seems appropriate to me to post the kind of anti-climactic Afterward to all of that living that I've done online.

And it is an Afterward, because I am leaving Livejournal. Livejournal's horrendous customer service and recent changes have left me feeling cold and killed off any loyalty I had to the site. A lot has been said about it already in the fan and RP communities, so I won't go into it here. I have established a personal journal at Dreamwidth, though I don't know how much updating I will do there. If you would like the address of that journal, please PM me. You guys are all great and I am glad to have met you on LJ--some of you I know IRL of course, but I value my online friends just as much and am grateful to have met you and conversed with you here. This will very likely be my last LJ post. Take care, everyone. 0/

Moira: MOMMY MOMMY CAN I HAVE A LOLLIPOP

valancy_s: Those are vampire lollipops. They are FILLED WITH BLOOD.

May I present my 1983 A-Team coloring book. I expect many of you weren't born during that time; however, the A-Team was one of our favorite TV shows back in the day. My favorite character was Murdock, hands down. I am pretty sure I was around 5 when I owned this. Of course, since my parents save EVERYTHING, this was in their basement. My mom had included it in a pile of things for Moira, because what parent would not want their five-year-old daughter carefully coloring in the following scenes?

And, completely unrelated? Ator. It's not him flying; it's the human spirit. 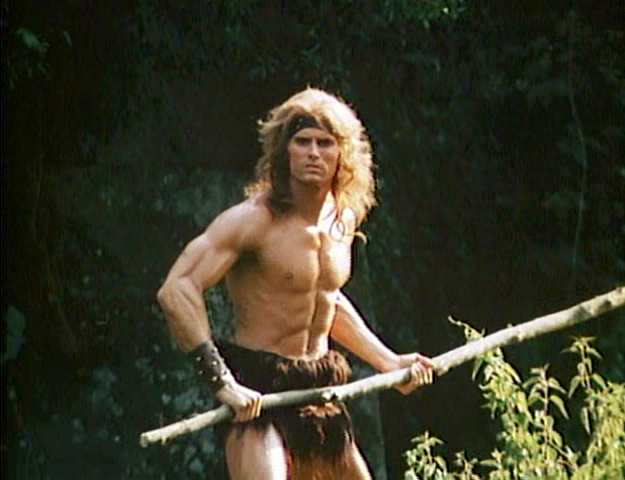 1) Force Chrissy to get out of bed.
2) Make her drink coffee. (Not difficult.)
3) Make her carry your board up to the loading area. (Slightly more difficult.)
4) Make her hike out-of-bounds up to the AT crossing the ridgeline, telling her "There's this great gully just ahead where the trees thin out."
5) Never find gully. Settle for a sort-of trail that threads through the trees in nine feet of powder.
6) Laugh when Chrissy's board gets hung up on a small tree with a surprising amount of fight in it and she faceplants.
7) Laugh more when Chrissy's pants start to fall down because they are so full of snow.
8) Figure out how to get through the not-trail to the actual trail without dying, telling Chrissy to "ride fakey" while her board is buried under three feet of snow. (THANKS DAN.)
9) Glades until lunch.
10) LET CHRISSY TAKE A NAP PLEASE.

WE ARE HAVING A FUN TRIP AND I AM STILL ALIVE.

And I miss you, Michael! <3 And I still think of you nearly every day.

Interestingly, a couple of days ago my mom brought by an old box of stuff from high school, and I had saved a bunch of Mike's drawings. They are STILL HILARIOUS and I treasure them.

I HAD A MOMENT OF CLARITY TODAY! IN MY FOGGY BRAIN!

It came after visiting my friend Geoff, who just had a baby with his wife Cynthia two months ago. Geoff was my old office-mate in grad school, and is now completing a PhD at Trinity College, Cambridge. He's a superstar, academically, and extremely charismatic.

I think I needed an injection of charisma and kindness and encouragement. Then I walked into the library and just the smell of the books was like crack cocaine. Good God I have missed this.

Hope everyone else is doing well!!

It wasn't the most glamorous haircut in the world, but it was perfect for my extremely low-maintenance lifestyle and general lack of attention to my looks. You know, it wasn't bad.
( Collapse )

Once when Doc was at the University of Chicago he had love trouble and he had worked too hard. He thought it would be nice to take a very long walk. He put on a little knapsack and he walked through Indiana and Kentucky and North Carolina and Georgia clear to Florida. He walked among farmers and mountain people, among the swamp people and fishermen. And everywhere people asked him why he was walking through the country.

Because he loved true things he tried to explain. He said he was nervous and besides he wanted to see the country, smell the ground and look at grass and birds and trees to savor the country, and there was no other way to do it save on foot. And people didn't like him for telling the truth. They scowled, or shook and tapped their heads, they laughed as though they knew it was a lie and they appreciated a liar. And some, afraid for their daughters or their pigs, told him to move on, to get going, just not to stop near their place if he knew what was good for him.

And so he stopped trying to tell the truth. He said he was doing it on a bet--that he stood to win a hundred dollars. Everyone liked him then and believed him. They asked him in to dinner and gave him a bed and they put lunches up for him and wished him good luck and thought he was a hell of a fine fellow. Doc still loved true things but he knew it was not a general love and it could be a very dangerous mistress.--John Steinbeck, Cannery Row

1st: Thank you to

valancy_s for Muppet's Christmas Carol. We already watched it once.

2nd: A couple of photos. Not the family ones yet. What, you thought I'd have my life together enough to take those?
( Collapse )
Collapse